A taste of legends: The Hindu 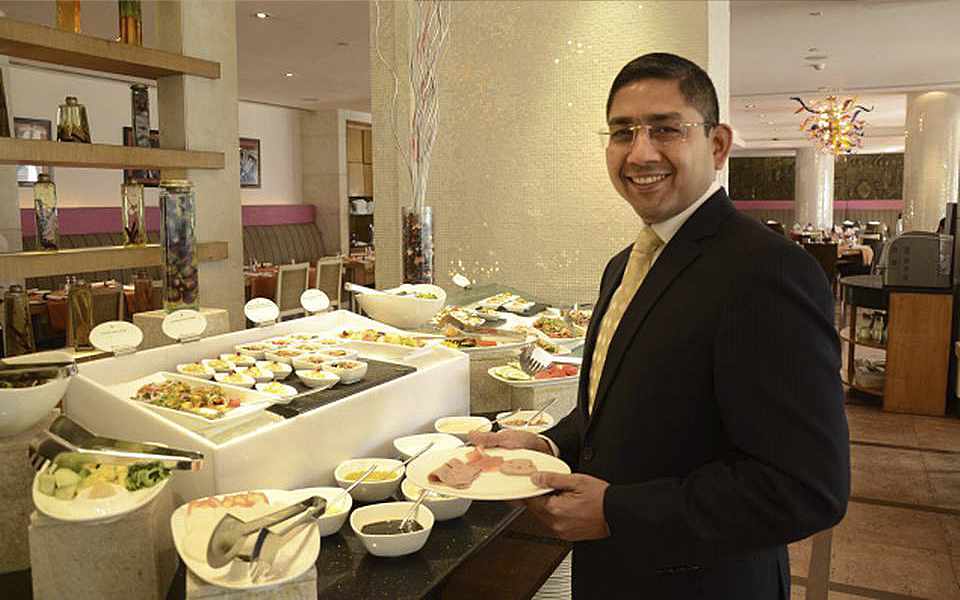 Call it focussed thinking, creative itch, following the herd or sheer talent, the result of each has led to a firm drift. One is referring to the corporate world which, since some years, has been spawning authors in the cauldron of multiple genres and compound factors that the Indian publishing industry has become. And interestingly, most of these ‘corporate-authors’ have been successful — in getting noticed, in topping the sales ledgers.

Gurgaon-based IIM-K graduate Christopher C. Doyle is seemingly the new star in that firmament. Following a childhood weakness for fantasy novels, Doyle debuted last year with “The Mahabharata Secret”, which he says, “was a story written for my school going daughter.” Child-friendly is how he puts his fantasy fiction when we meet over lunch at Café Uno in Shangri-La’s – Eros Hotel New Delhi. But his fresh-rollout, “The Mahabharata Quest”, is all set to establish him as a fantasy writer who looks at legends and mythology through the tunnel of science, from the convenience of the modern-day world. Sudha Sadanand, managing editor of Westland — the book’s publisher, sharing the table with us at the café, adds the numbers to drive home the answer to why she thinks “Doyle’s is a name to look out for in the next few years in that genre.” The book, launched in October this year, “has already sold 15,000 copies.” It is the first of a trilogy, a soft-spoken Doyle adds to it.

As we talk, succulent chicken tikkas arrive at the table, as if to celebrate the impressive numbers, in Delhi style! So does another city ubiquitous, paneer tikka. Doyle waits for the mutton variety though, candidly admitting, he is more of a non-vegetarian. With food, the conversation progresses to a steady stream. Both of Doyle’s books come across as products of extensive research and full-blown imagination. It takes time and study to put in between the covers a cohesive and convincing panorama of Indian mythology, linking it to that of the Greek, peppering the pages with secrets and conspiracies, and then sewing them seamlessly to science and a modern-day world. Being a trained Executive Coach who runs his firm that trains CEOs and CXOs, his is a demanding job. So how does he balance the two?

With a laugh, Doyle responds, “When I am not working, I am writing. Many times, I feel like writing but I am with a client at that time.”

He drew a lot of research for the second book from the work done for the first one which included reading the Mahabharata plus a host of other books. “Together, it took me eight years,” states Doyle. The first book, “began as a story for my seven-year-old daughter who had a natural liking for stories based on fantasy and history. As she grew a bit more, she wanted something more than childish fantasy.” And that’s when this St. Stephen’s alumnus had the urge to give wings to a thought he had in 1999 while reading a 1917 book, “The Hindu History”, by Akshay Majumdar. “In that book, Majumdar creates an alternate history of prehistoric India by looking at legends and mythology, religious books, etc. Also, Mahabharata calls itself itihasa which literally means this is what happened. Tradition looks at it as a historical account. So one strong thread for me was, what if these mythologies have a historical basis and supported by science,” relates Doyle, moving on to his cream of chicken soup by now.

Two other books contributed to complete his resolve. “One was ‘Finger Prints of God’ which refers to a collective amnesia of mankind about an ancient civilisation spread across the world with superior technology. It was forgotten because it had no archaeological basis. Then there was ‘Uriel’s Machine’, which culled out facts from the Book of Enoch and used science related to astronomy, seasons, etc. to interpret them.” The thought, “Why not I try interpret our mythology too through science?” made him a writer.

Time for the main course. Doyle gets up to fetch lunch from the buffet spread. A confirmed non-vegetarian that he is, he soon returns with a plate filled with prawns, ham salad, a slice of chicken pizza, some mutton fry, some fried rice on the side. With a smile he says, “Well, I have also taken avocado with cream. That is my contribution to vegetarian eating.” At home, he doesn’t need to get into the kitchen. His wife Sharmila is an accomplished cook. “I only contribute by eating the food,” he says. Being in Gurgaon, he is surrounded by restaurants. So eating out happens often. “Right now, I have two places in mind which are not in Gurgaon but interesting for the cuisine. One is a Naga restaurant in Hauz Khas, the other is an Assamese one in Amar Colony,” he says.

The conversation swerves to his books but not before he talks about his music band Midlife Crisis. “We are a team of six people, I am one of the vocalists, we play classic rock,” he says. Not bad considering his last gig was at Blue Frog.

About his books, before Doyle gets up yet again — this time for dessert, he has some interesting bit to add. “You know, it is quite uncanny when things you have imagined in your books come true. For instance, the theory behind the MH17 plane crash is something I wrote about in my first book. An ancient tomb is discovered in Greece in my latest book. The BBC reported in September that a magnificent tomb was excavated in Greece recently.” Well, we better leave it at that!